Archive – The Sharm Women’s Club (SWC) was founded in 2000 and is an open forum for women living in Sharm el Sheikh on the southern tip of the pennisula Sinai in Egypt. It doesn’t matter which nationality you are, as long as you speak and understand English, and are a woman, (of course), you are more than welcome to join in.

Here you find details on the next meeting!

Check out our last meetings! 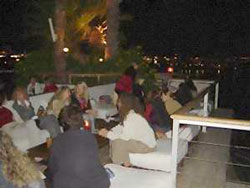 Since the beginning, we have set the first Monday of the month as standard for our meetings this is to make it a little easier for you to mark it in your calendar and to organise your husband for the babysitting. Normally, we stick to this. Besides the announcement on the website, a few days before each meeting you’ll get an e-mail invitation giving you all the details of where we’re meeting and what kind of meeting it will be. Usually registration is not required (except for special events like Christmas or Birthday Meetings), but we appreciate a short “yes” by mail, which is not binding, but helps us and our hosting restaurant to organize the evening.

Lately, we’ve had again “monthly presentations” of different people talking about their hobbies, passions etc. To keep this up the initiative has to come form your side! Therefore, if you have anything of interest to tell or you know somebody to bring along, just let us know beforehand!

Alternatively we have ‘chat meetings’, which means an open exchange of information, members presentations, (time permitting). All meetings are followed by dinner (for those who can stay on), during which you have plenty of time to get to know each other better.

So do not forget to mark the next first Monday of the month in your calender… always at 19:30. See you…More about the next meeting: click here 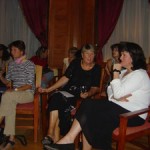 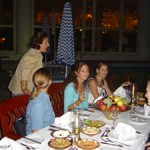 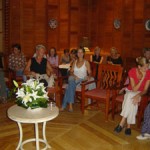 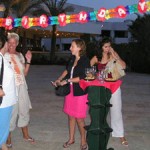 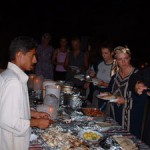 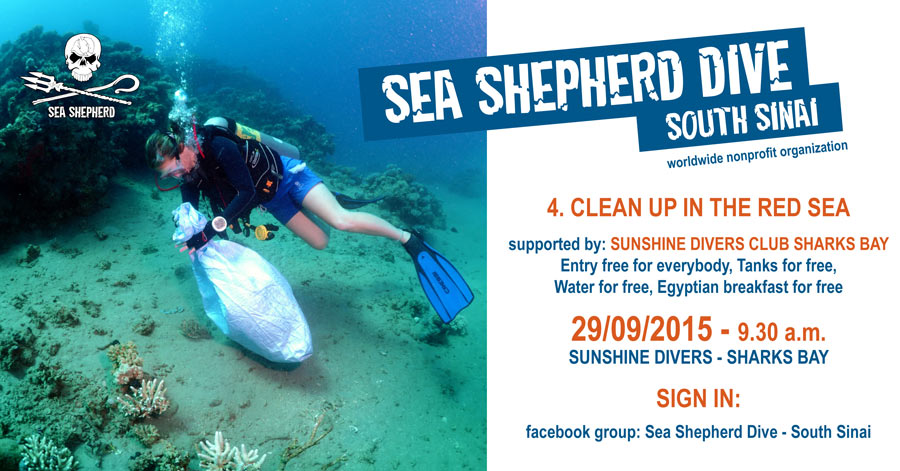 Sea Shepherd is launching an initiative for a beach cleaning in Sharks Bay. For this event Sunshine Divers is providing free beach entrance for everybody, also snorkelers, children and non-divers. Free egyptian breakfast and water, free tanks for certified divers and cleaners.

There will be a transfer from Hadaba Benzina (08:30) and Naama Bay Ghazala Beach (09:00)
Every single person is welcome to help and protect our underwaterworld. 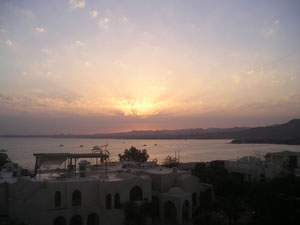 In May 2000 we had our first meeting in Ghazala Gardens Hotel, but the idea to set up such a group had been growing for a long time in my mind.Being a networker by nature, I couldn’t quite get used to having to dig and zoom around for every little bit of information about my chosen place of residence.I had arrived in Sharm in 1997 – shopping was a quite different matter then compared to what it’s like today, (talk to someone who’s been in town a while… there are plenty of funny stories to tell) – and whenever I discovered something or got a hint from a friend, I kept wanting to spread the news and inform people on a larger scale, to hopefully make their life a little easier too.When the next piece of news reached me, about women feeling lonely in Sharm, I talked my idea over with a friend and asked for her help in setting up SWC. That’s exactly what we did!A lot of things have changed and SWC is going stronger than ever, but never forget: it’s only as good as you make it!The Future Sharm Women’s Club would like to become legal in order to offer more services for women. The goal would be (let’s dream a bit) to have our own center, meeting point for newcomers and “old” Sharmers.

Sharm Women Club Committee (in alphabetical order) taking care of the Sharm Women Club activities:Asmaa – Since 2011 in Sharm. Asmaa joined the committee in 2012 with lots of vivid ideas.Christiane – Since 1997 in Sharm, being in Egypt since 1993.Christiane joined the club in 2000. She is one of the supporters of the legalization project, which is currently on hold. In 2004 Christiane created the website, which is since 2007 owned and managed by her company SharmPRO. She got active with the club in 2004 and is a committee member founded in 2008.Manuela – Manu is German and with the committee since 2009. On regular basis Manu hosts the meetings.Nadia – Since .. in Sharm. Nadia is from Canada with Maltese background. She joined the committee in 2012.Ela – Ela is German, joined the committee in February 2013. Thanks to Ela we had our first Breakfast meeting in February 2013.

The past active members

Esther – Esther is Irish and was with the committee for 2 years until autumn 2012.In 2012 also Maggie, who had hosted many meetings, left the committee and Sharm for travelling the world. Maggie was with the committee for a couple of years.Sylvie went back to Europe and Siobhan remained in Sharm but due to other obligations left the committee.Arine – On the initiative of Arine the committee was founded in 2008. Arine left back to Holland in 2012.Anne – Anne is German and was with the committee from 2009 until summer 2010. Anne started the Sharm Women Club facebook pageKris – Kris is originally from Germany and came to Sinai in ’95 for the beauty of the dessert and the sea. She is now an expired diving instructor but still enjoying life here in the sun as a mother of three. Since 2000 she is a member of the SWC. 2008 she got active in the club and remained dedicated until summer 2010, when she left with her family to the UK.Sophie – Dutch born & raised, Swiss national from Geneva. She came with her family in 1997 to Sharm and joined the Club from its beginning in 2000. When Bea took a break from organising the meetings Sophie stepped in.Sophie organized and hosted the meeting until December 2007.Doro – In 1993 Doro came to Sharm planning to stay for one year. But destiny made her stay.Doro joined the Sharm Women’s Club in 2000. From 2003 until summer 2008 she took care of the mailings. She joined the SW Committee which had been set up in January 2008. Doro was also a committee member from 2008 until May 2009.Jayne – First came to Egypt 20 years ago 1985 and has lived here since 1987.She is married to an Egyptian she met in the UK and they had a liveaboard dive boat in Sharm for 8 years. She is an old Sharmer that is now a contributing member of the Sharm Women’s club since December 2003. After moving to Cairo Jayne stopped the active position in the club.Marjo – Originally from Holland Marjo arrived in Sharm beginning of 1999 because of the excellent diving, but is now staying here not only for that but also for the lovely desert environment. joined the club from 2000 and was from beginning of 2008 till May 2009 a committee member.

Bea – Originally from Thurn, Switzerland, also lived in London, Geneva, Lugano und St. Petersburg. In Sharm since 1997.Bea is the founder of the SWC. Missing lots of things and as she describes herself being “a networker”, the idea had been born. The first meeting was in the year 2000. Bea is married and has a baby girl born 1.12.03. Since than she stepped down from any active position in the club.

The Club was last modified: March 10th, 2018 by SharmWomen