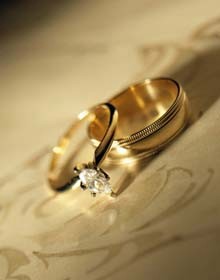 Relationships between foreign females and Egyptian males entail a wide range of aspects to discuss and evaluate. Despite the existing successful relations, many other similar relationships fail as well. In the later group, not only we can find that one partner is a victim of the other partner’s attitude, behavior and understanding, but also, in many cases, both of them could be victims of such relation!!! Why? Because both of them could not understand and respect each other’s mentality, culture and needs.

Liberating Truth
Some people believe that there is only one truth. But actually, truth doesn’t have an absolute general meaning. It is mainly measured by everyone’s perception, so it may differ from everyone’s angle of view. For example, if you look at the pyramid, it is square at the base, triangle at all sides, and just a point at the top. All these visions are right.

As there are constant norms in our life like honesty, loyalty, forgiveness, etc, and there are a lot of variables, or points of arguments like traditions, leadership, social contacts, working and clothing that differ from one culture to another. A major reason why many such relationships fail is mostly because of the failure of the couple to cope with these variables.

Short Term vs Long Term Relations
By analyzing these relationships in Sharm, we can see that there are two main kinds of relations; Short Term relationships and Long Term ones. Short Term relations are mainly based on a mutual benefit for partners rather than true love and willingness to build a real family. This kind of relations involves girls, or young women, who come to Sharm looking for a way to be eligible to live and work in Egypt. Others may come to Sharm on a visit and be impressed by the city and the good job opportunities that they couldn’t find in their own country, so they decide to live and work in Sharm without enough idea about the culture and traditions. In both cases, the easiest way for these girls to attain such goals is to get married to Egyptian guys in order to be permitted to live and work in Sharm. At the same time, many unmarried Egyptian men living in Sharm would find that an easy way to get married, escaping from the huge cost of marriage in Egypt nowadays.
In fact, we are not concerned with such type of relations, but rather we are here only to discuss serious or Long Term relations for those couples who want to build a good family and bring up good children.

Expectations vs Reality
Most of the problems arise when we face unexpected reality, or because we are not able to cope with it or to compromise our life style. Good understanding of the other’s culture and mentality from the beginning minimizes the gap between expectations and reality. I wonder how a foreign girl comes to Sharm and after one week she lives with her boyfriend whom she has just met “for the first time” few days ago!! Certainly, she starts to complain after a very short time.
Besides, many other problems are a result of the interaction between the foreign woman and the man’s family as in some cases they have difficulty to deal with them.

What arises the problem in Sharm?
We all agree that relationships, among same nationalities, have a lot of problems in every country. But in fact, there are certain problems that are specific to Sharm; they can be summarized as follows:

These points will be explained in details in future periodic articles with long term emphasis on getting people closer and more easy going with each other towards a better social life.

Any comments from the readers can be e-mailed to Dr. Ibrahim Yehia at: iynasr@yahoo.com