THE MAD MACHISMO ON THE ROADS

Home/THE MAD MACHISMO ON THE ROADS
Previous Next

THE MAD MACHISMO ON THE ROADS 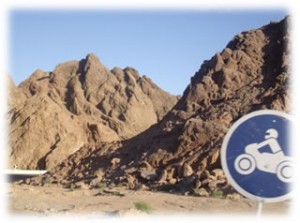 Approaching flashing lights amongst a knot of vehicles, I mention to my driver to slow down as it looks as though there has been an accident ahead.  “Not to worry”, came his reply, “the van just go to the hospital.”  As we drew closer we noticed an assembly of men staring gravely at a young man lying motionless on the road alongside his crumpled pizza delivery scooter.

I mention the tragic scene that is unfolding near our apartment to my Egyptian husband who expresses sympathy before informing me that many delivery boys are killed on the Sharm el Sheikh roads each year.  My husband told me how he is still affected by the memory of an accident when he held a dying delivery boy in his arms.  This accident he explained was a result of a collision with a car as it pulled out of a driveway at speed, without looking to see if the road was clear.  Who knows perhaps the driver did glance to see if the road was clear, perhaps the lighting was poor and perhaps the delivery boy was riding his motor scooter without headlights.

Headlight and their use, seem to a Sharm newbie, to be arbitrary, and in terms of road safety- illogical. Call me strange, but I would think it would be an advantage to be seen by oncoming vehicles lest they collide with you.  But this safety consideration seems to take second place to the logic of not inflicting glare into the eyes of other drivers.  Now let us weigh this up, on one hand you have the minor discomfort of the glare from a headlight on normal beam; on the other hand you risk life and limb because you are not seen by other vehicles.  I am no King Solomon but I think the prevention of a life threatening accident trumps discomfort.

I come from Australia, where there is quite a large population of motorbike riding enthusiasts.  The biggest complaint made by motorbike riders is that drivers don’t see them.  To combat this, it is now compulsory for motorcyclists to have their headlights turned on during both day and night.  Motorcycle manufacturing companies aware that headlights are primary safety feature now design a bike so that when the ignition is on so are the headlights.

Still on the topic of road safety 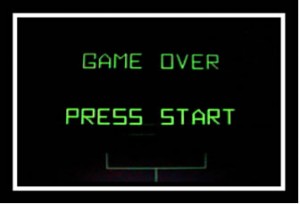 My husband came in the other night with his face blanched and clearly distressed. He had just witnessed another accident. This one, he was told by an onlooker, claimed three lives. Apparently two buses were travelling at speed side by side on a dual carriage way. A taxi driver believing he could negotiate his speeding automobile between the two buses, miscalculated and his vehicle was crushed between the two larger vehicles. This accident happened late at night around the district of Hadaba, at time when no one needs to be in a hurry. But personal safety and the safety of other hardly register, when it is up against the mad machismo of Sharm el Sheikhs drivers.

I arrived in Sharm el Sheikh from Cairo via taxi that was thoughtfully organized for me by my husband. Fatigued from my long journey, I hopped into the backseat of the vehicle in the hope of catching some sleep during the 500kmh journey. Now I would have estimated that a 500 kmph journey along a good road would have taken at least 5.5 hours, but our driver was in a hurry so we made it in a mere four hours. Despite my protests our driver firmly stated that everything was ok and continued to barrel down the highway at speeds up to 200kph, causally slaloming between trucks whilst eating, drinking and talking on the mobile phone.

Jet lagged and terrified, I retreated, into a featal position along the backseat with my seatbelt firmly buckled and with a blanket covering my head. On the odd occasion when I surfaced, I would glance at the straining speedo and behold the blurring forms of vehicles; we were passed as if they were standing still. At one point we slid around a bend at 180kph when the limit was 90kph. I screamed, “You are driving too fast- slow down!” With that the driver glanced over his shoulder and looked at me as if I was mad. He mumbled something in Arabic and tapped his watch before speeding on. The experience was surreal and for me like being a part of in a ‘death defying rally driving ’ computer game. All that was missing- thank God, Allah, Buddha, Jesus, Ganesha, Anubis and my lucky stars, was a fiery flash on the windscreen before the appearance of the text – GAME OVER!