The modern triathlon dates back to the 1970s, while the run/swim/bike sport was first introduced to Egypt in 2009.

Egypt’s triathlon federation was established in 2009.

The events usually take place in Egypt, in touristic resort towns, such as Hurghada and Sharm El-Sheikh, that can provide room for the competitions.

Newly introduced sports usually face slow starts, and the triathlon is no exception.

The sport debuted in the Sydney Olympics in 2000, but Egyptian triathletes have not qualified for the Olympics yet.

Egypt’s resort city Sharm El-Sheikh will host from 9-10 May the Triathlon African Championships and Pan Arab Championships, an event that can help boost Egyptian triathletes’ hopes for Olympian qualification to the 2016 games in Rio de Janeiro in Brazil.

Winning one of the top three spots in the upcoming competition will give the nation higher points in its bid to send its athletes to the Olympics.

60 men and 60 women take part in the Olympics competitions of the game, and complicated methods of qualification leave Egyptian triathletes’ hopes only in securing a world ranking that can grant them qualification. 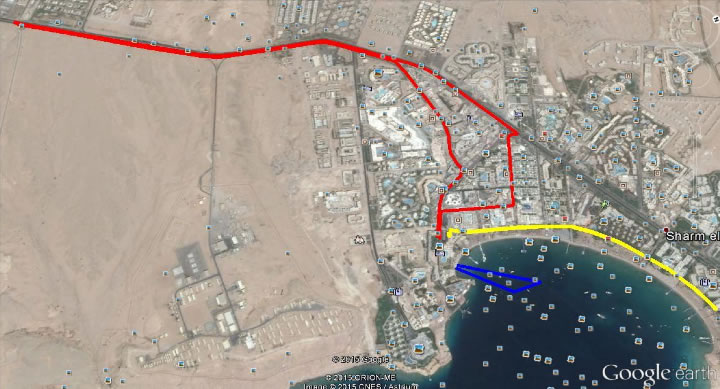